BREXIT or not brexit 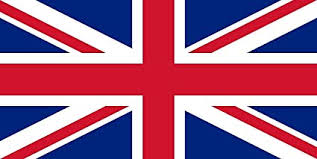 You probably don’t know about it but I’m half French half British, living in Switzerland for more than half of my life! But I still feel very much British. I’ve considerated moving there a certain number of times (but life is very nice on the shores of lake of Geneva). Until now I was very proud of being British. Until now. Until Brexit.

Why Brexit referedum is undemocratic

First I couldn’t even vote on the referendum. My father couldn’t vote either because he’s been living out of the UK for more than 10 years. He is only British  (no other nationalities). A lot of other British compatriotes couldn’t vote either as they have been living outside of the UK for more than 10 years. But Brexit will affect them. It is completely undemocratic that so many people were excluded from the British UE membership referedum. More people were excluded from the referendum that the missing votes to refuse Brexit! And Brexit will also affect those people. I’m fine not voting for parliament election in the UK if I am not living there. But this referendum is not only about Brisih people living in the UK. It is also about British people living outside of the UK.

And now people who voted for Brexit says that it is undemocratic that UK hasn’t left the UE yet! Sorry, I couldn’t vote. THAT IS UNDEMOCRATIC.

What do you think about all this ?

Searching is in progress